If you are living with roommates, you are more than likely to disagree on a variety of topics — What does “clean” really mean? How often can someone stay the night without it becoming invasive? While it’s not super comfortable to come into disagreement with your roommates, it is to be expected when multiple individuals are constantly in close quarters. However, some topics are a lot more tension-inducing between roommates, take politics for example.

Whether your roommate is a close friend or not, there is always the chance that you and your roommates will have different political views. One roommate may be liberal, but another roommate may be conservative. One may be completely detached from politics while another makes politics an integral part of their lives. Varying political views — whatever they may be — can create plenty of tension between roommates. 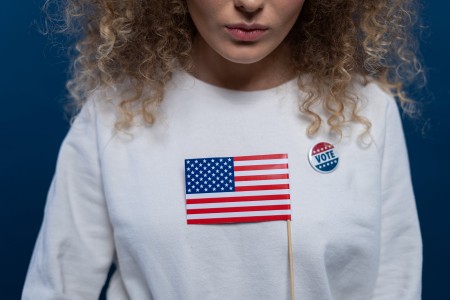 Maintain Respect for One Another

Regardless of how well you and your roommates get along without politics in the picture, placing you both in a conversation about politics can morph you into nothing more than bickering strangers. At the end of the day, everyone has a right to their own views, and a right to vote. Despite what you believe in when it comes to politics, that is one thing you share with your roommates above all. So, even when you could not be more different when it comes to who you are voting for, what policies you stand for, and so on, each person has a right to believe what they believe in — no matter how wrong you find it personally.

Remember this whenever you find yourself conflicted about you and your roommates’ political views. If you and your roommate were friends prior to living together, or have become close because you live together, you should try to not let your political views invade your friendship. However, for some people, this may be a deal-breaker in personal relationships. Some topics, like reproductive rights and immigration, are way more personal for some individuals, but other topics like the economy feel more impersonal. These differences can cause a friendship-breaking rift, or inspire new boundaries between you and your roommate.

If you and your roommates were brought together by a random rooming assignment, or just have no relationship outside of living together, contrasting political views can definitely be more impactful on your personal relationship with them as you do not really have a personal view of them outside of their politics. There are no years of close friendship and memories to cushion that dislike you may have for their conflicting politics, so you may find yourself quicker to be angry or abrasive when it comes to your differing political views. If this is the case, you may consider just agreeing to disagree on politics for the sake of maintaining a neutral setting in your living space.

If you do find yourself discussing politics with your roommate, whether intentionally or unintentionally, remain calm and respectful. Just imagine how you would feel if someone was angrily yelling at you for your political views — why would you put your roommate in that undesirable position? Keep reading for tips on navigating conversations about politics between you and your roommates.

While you may have political views that differ, remember you are sharing your living space, and are both paying to live in that space. That being said, sometimes it is okay to push politics aside to ensure that you are both living in a space that is healthy and safe for one another. 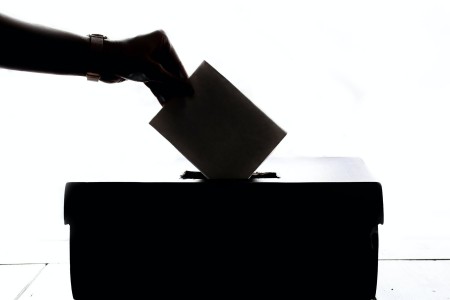 As mentioned above, everyone has a right to feel safe, healthy, and happy in their living spaces. That being said, you do not want to shove your political views down your throat by decorating your shared spaces with political gear. While navigating common areas to suit everyone’s tastes is tricky enough, you definitely do not want to hang a flag for one presidential candidate in your living room when you are fully aware that your roommate supports another candidate. If you have access to your own yard, do not take election season as an opportunity to rile up your roommates by placing a yard sign endorsing a candidate that your roommate does not agree with.

On that same note, do not put up decorations that put down your roommates’ political views. This can mean posters that dump on the candidate they support or degrade their political party. This is all pretty self-explanatory, but can further help keep your living space a neutral zone.

Navigating the Road to Understanding Your Roommate

While you may not necessarily want to understand or take on your roommate’s contrasting political views, it may be worth it to understand where they are coming from. College is a pivotal time in many young people’s lives. Itis likely their first step being away from home and the setting that molded them into the person you know and are living with today.

Do not let certain stereotypes influence the way you interact with your roommate, ever. Trying to understand where your roommate comes from can also allow you to identify what it is exactly you both are clashing on politically. Does it come from an uneducated viewpoint? If so, you may have come into the perfect opportunity to help them learn more about a certain topic.

Accept You’re in No Position to Force Change

Understanding where your roommate is coming from may help many when it comes to accepting that they and their roommates have differing political views. However, for some, they see it as an opening for an opportunity to change their roommates’ views. This is often a giant roommate clash waiting to happen.

Some roommates may take the chance to humor you as you try to change their views, but others may see it as an attack. For them, it is an example of you ignoring their right to their own beliefs and a show of disrespect. Remember that you are in no position to force your roommate to change, just as your roommate is in no position to force you to change your political views and adopt their political views. The age-old saying of “Treat others as you would want to be treated” is key in situations like these.

You likely will feel the effects of having a roommate with contrasting political views as the election creeps closer, and even amid the aftermath of the election. Politics are more likely than ever to come up, whether it be a roommate streaming a debate or someone discussing the election on the news, it should not come as a surprise to see politics more and more in everyday situations. This means that the neutral zone you and your roommate agreed on may be jeopardized.

Approach any politics-based conversation with caution — be respectful, calm — and try to be neutral. It may just be a matter of saying what was said on the news and leaving it at just that. Those sly comments you want to mutter under your breath or as you walk away? Avoid them. Do not purposely fan the flames, even if you are getting negative energy from your roommate as well.

If you do decide to discuss politics with your roommates, take it as a learning opportunity. It will hardly be the last time you encounter someone with conflicting political views. There will always be classmates, coworkers, and complete strangers you will find yourself disagreeing with when it comes to politics. Talk to your roommates respectfully, learn what their viewpoint is, have a bit of respectful back and forth (find something to agree on, pinpoint where it differs), and move on.

When in doubt, stick to what you know. Meaning, don’t just throw your opinion out continuously in hopes it outweighs any argument. Present facts over opinions to avoid the conversation straying too far from neutral. Your roommate may still react negatively to the facts you present, but they will not be able to deny that they are factual instead of just an opinion. Sticking to facts during your political conversations can help immensely when it comes to keeping everyone somewhat neutral and comfortable throughout the conversation. On the positive side, focusing on facts will also help everyone learn more about the topic being discussed rather than focusing on their emotions.

If you are the one to take the wrong step and lash out during a conversation about politics, be the bigger person, even if it is definitely easier said than done. Pause the conversation, take a deep breath, and apologize for your outburst. This may be the time to take a break from the discussion or a turning point to a different topic. The moment anyone in the conversation stops being civil is the moment the conversation turns toxic and unproductive. It is important for everyone to be able to recognize this shift and know when to leave the conversation be and agree to disagree.

Just like any touchy topic between roommates — hosting parties, having significant others over — remember to set boundaries. Everyone may be feeling more than a little overwhelmed at the current political climate they are facing in different areas of their life such as school, work, family back home, or social media. Their living space may just be their safe haven to take a much-needed mental break.

Have a sit-down with your roommates and discuss how you are going to handle the elections (or any politics for that matter). Are you having any major televised event live-streamed in the common area? Can you discuss what is going on in the election/results? Would you like to avoid anything related to politics in your conversations with your roommates? These boundaries can be pivotal in keeping the peace between roommates, especially with an election around the corner.

Take Politics Where You Feel Safe

While you may not necessarily feel comfortable discussing politics with your roommates due to your conflicting political views, do not rob yourself of the opportunity to engage in conversations about politics. As a college student, you have plenty of resources where you can connect with individuals and/or groups that hold similar political views to you. There are typically clubs or organizations that are for students, both Democrat and Republican.

You also do not have to necessarily seek out a politics-based organization to have conversations about politics. Reach out to friends who have similar political views to you to feel safer when it comes to political conversations. If you live in on-campus housing where there are common spaces to meet with students, try seeing if anyone else would like to discuss a debate or town hall so you can engage in a more neutral setting in a bigger group in a space such as a dorm common room.

At the end of the day, living with roommates can be tough for just about anyone. Adding politics into the conversation can be messy for anyone, roommates or not. Combine the two, and you may just find yourself in a disaster.

Remember to stay civil and respectful of each other — you both have a right to the space and to believe whatever you want to believe. Set and stick to your boundaries to keep everyone comfortable in their own living space.