5 Common Roommate Issues and How to Solve Them

For many people, college marks the first time that they will have to share space with a roommate. In a perfect world, every roommate situation would be completely perfect. All of you would share all of the same interests and hold the same moral values. You would both have compatible schedules to avoid those pesky 7 a.m. rustling noises when the other roommate has to shuffle off to their morning classes. There would be no squabbling over who had a loud, rambunctious party until the wee hours of the morning during school nights because both your roommate and you respect the sanctity of academic rules. Neither of you will have to ever worry about going out to social events alone because both you and your roommate appreciate the same types of activities and totally enjoy each other’s company. While this roommate situation sounds like an absolute dream, it isn’t always a reality.

Living with a roommate can be an absolute challenge. It’s hard to suddenly adjust all of your living habits to suit your roommate’s needs, just as it’s hard for your roommate to do the same. While most students dream of the ideal roommate living situation, more often than not, roommate living situations are met with drama. However, no matter how messy or sticky the situation, there is never a reason to give up and learn to cope with roommate drama on a regular basis. Roommate drama is extremely common are plenty of ways to solve this drama and coexist peacefully. So, keep reading for some of the most common roommate issues that college students face - and how to solve them!

The Problem: They’re a Neat Freak

This might seem like a completely ridiculous thing to complain about. After all, who wouldn’t like to have a roommate that always keeps your living space completely spotless all of the time? Unfortunately, this situation can become uncomfortable and out of hand very quickly. Those dishes you promised you would have time to do after your group study meeting? Your roommate got angry and impatient and threw them on your bed with a passive-aggressive note.

Did you leave your clothes in the washing machine for too long by accident before you left the house? Your clothes are slowly beginning to reek of mildew because your roommate threw them on the ground in an angry fit. It’s one thing when your roommate respects your space and wants to keep it looking nice for both of your sakes. It’s something completely different (and unacceptable!) when your roommate decides to become so controlling and disrespectful of your space in the name of “cleanliness”.

It’s likely that this type of roommate has some serious control issues and for that reason, it might be very difficult to confront them about it. However, such an issue does not have to turn into a volatile eruption of emotion. Bring up the issue gently at first by using “I feel” statements instead of “You did(n’t)” statements.

For instance, if your roommate does something with your clothes that you don’t appreciate or does something to disrespect your belongings, say calmly but firmly, “It doesn’t feel very nice when you disrespect my belongings. I would not do something like that to you.” Try to put themselves in your shoes to make them think about how they would feel about a roommate that was so intrusive and rude. If this behavior continues, even after you voice your feelings, do not hesitate to bring the situation up to your RA or property manager.

The Problem: They’re a Slob

Your roommate has clothes and textbooks scattered all over the room. It has come to the point that you can’t even recognize your own floor anymore. Your roommate’s dishes have compiled into such a mountain in your sink that even Mount Everest would be put to shame. On top of that, the room reeks of something you dare not inquire about. And the bathroom? We don’t even have to talk about the bathroom. You might have made gentle, friendly suggestions about the room being in need of some serious scrubbing, but these requests are ignored or brushed off with a nod or a simple “Mmhmm” as your roommate piles another glass on the dish pile in the sink, as the cherry on top of a very disgusting sundae.

It’s fair to say that college is stressful and that after a long day of classes and extracurriculars, the last thing you want to think about is laundry or the dishes from this morning’s breakfast. The same sentiment goes for your roommate. So, how can you address the elephant (or the stench of a million elephants) in the room without causing unrest between you and your roommate?

Instead, ask “Would you mind doing your dishes?” or “Can you pick up after your side of the dorm?” It’s possible that your roommate might not even realize the effect of their actions. If this request is not automatically met with a “Sure!” try setting up a compromise that works for both parties. Make a chore schedule to divide the responsibilities equally so that both of you are pulling equal weight in the house. If this doesn’t work or your roommate becomes rude and defensive, it’s time to bring up the circumstance to your RA.

The Problem: They’re a Homebody

It’s always nice to have some roommate bonding time. After a long day of hard work and craziness, it’s nice to come home to someone you can vent to and spend copious hours eating snacks and watching silly shows on Netflix. However, it is still important to have “me time” as well. If your roommate is always in the room, it can cause you to feel smothered and overwhelmed.

You might not want to be rude by saying, “Oh my gosh, can you get the heck out of here?”, but deep down there are some passive-aggressive thoughts brewing deep within you that are waiting for an opportunity to escape. Even if you like your roommate and enjoy their company, you will eventually get sick of each other if you don’t have any time apart.

Chances are that if your roommate is a complete hermit they might not have a big social circle or any interest in extracurricular activities outside of school. It could also be possible that they are suffering from some form of mental illness, like depression or anxiety, that makes it difficult to leave the house. Either way, you need to be patient and understanding, not rude and passive-aggressive. Have a talk with your roommate and see what’s going on in their life. Ask about their interests and if they enjoy doing anything outside of classes.

From there, look into other clubs and organizations and suggest them to your roommate to see if they would be something they’re interested. You could even bring them along with you to one of your club or organization meetings just to stimulate their interest in something besides the glow of their television screen or the many pages of a good book. If you think your roommate might be more of an introverted type, let them know that there are plenty of good places on campus to enjoy some alone time and that you would appreciate having the room to yourself every once in a while. Don’t feel guilty for voicing these feelings to your roommate. After all, it is your space too and you have the right to make it comfortable for yourself.

The Problem: They’re a Ghost

We’ve all heard stories of that roommate that completely ghosts on other people. Students return home to find an empty dorm or apartment except for a dish or two and a few bites out of the leftover takeout in the refrigerator. When you envisioned your college roommate relationship, you might have imagined a super close bond consisting of study sessions and road trips, but instead, you’re stuck eating ice cream in the middle of the night wondering when or if you will hear the rattle of a key in the front door.

Whether your roommate has a significant other that they tend to spend a lot of time with, if they visit their hometown rather frequently, or if they’re just too busy to spend time in the dorm, it can be a real shame not to have someone in the living space with you.

Rather than suffering in silence, voice your feelings to your roommate, but not in a way that seems rude or uncomfortable. Ask them if they would like to hang out whenever they have spare time or if they would like to study with you. Try to go out of your way to be social and get to know your roommate and their living situation. If your roommate has a significant other or a friend that they spend a lot of time with, let them know that they are welcome to bring this person into your living space to hang out.

Don’t feel bad if your roommate rejects your suggestions and definitely don’t take it personally. Some people just aren’t very social and prefer to hang out with people that they are already comfortable with. Either way, you will have plenty of opportunities to form friendships outside of your apartment or residence hall!

The fact of the matter is that there is no guarantee that you will “click” with your roommate. After all, everyone is different and you just might find that you don’t vibe with some people as much as you do with others. Another unfortunate fact is that some people are just plain rude and mean.

You could end up with a roommate that makes fun of your sense of style or mocks your program of study. You could end up with a roommate that will talk trash about you in front of other neighbors right outside of your door (Been there, done that). Unfortunately, not everyone will have the same kind heart as you, but living with someone that is toxic and mean can be detrimental to your level of comfort in the living space as well as your own mental health.

First, let’s make one thing clear. No one has the right to treat you poorly. Do not tolerate this behavior or dismiss it because doing so will only perpetuate it and make you severely uncomfortable in the process. As scary as it might be, it is crucial that you communicate your feelings very early to avoid an uncomfortable situation in the future when you’ve reached your boiling point. Let your roommate know that you do not appreciate their behavior and that they need to treat you with more respect than they have been.

It’s possible that your roommate might not even realize their behavior is so upsetting because they have a different sense of humor or way of socializing than you. If this is the case, they will almost definitely make changes right away. If they do not respect your feelings and continue to be nasty towards you, it’s time to take the issue to an authoritative figure like an RA. If possible, try to request a roommate reassignment. After all, the school year is meant for nothing but personal growth and positivity. Anything else should be eliminated right away.

During your time in college, you might encounter several types of roommates. Unfortunately, this can come with a lot of roommate drama. Instead of getting down about it and living in utter frustration, find ways to communicate your feelings and solve the issues right away. Doing so will ensure a smooth semester and the potential for a pretty beautiful friendship. 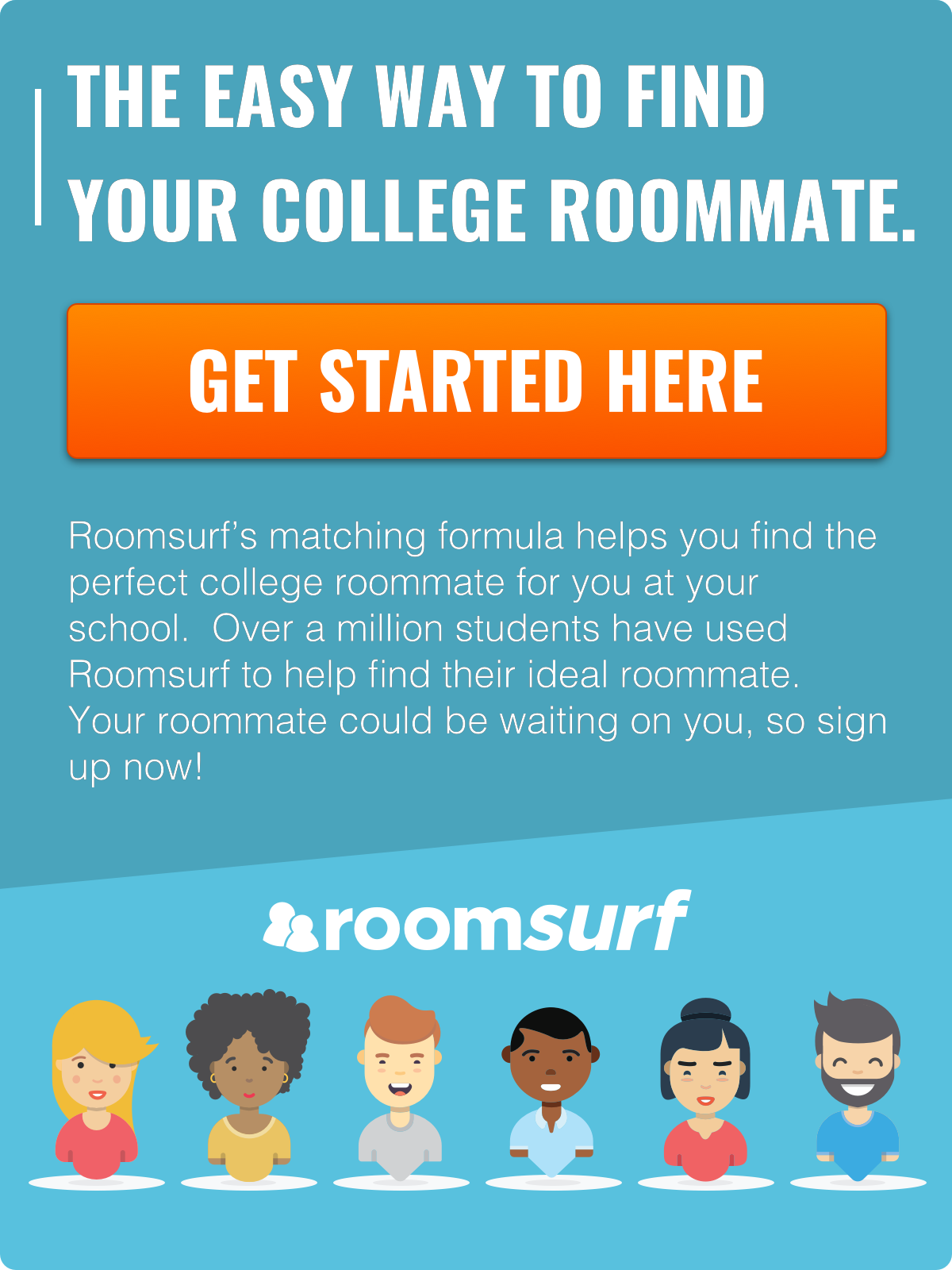