What to Know About Reaching Out to Your Future Roommate

When it comes to having a new roommate, most of the time you won’t know what to expect. Whether you’ve been used to living at home with your family, on your own in an apartment, in a college dorm room, or anything else in between, there’s always something different and exciting to expect from getting a new roommate you’ve never met before.

If you’re dying to find out more about your future roommate before you two move in together, it’s a good idea to reach out to him or her. However, doing so isn’t always the easiest -- it can be difficult to get ahold of them sometimes, and when you do, how do you know what to say?

If you’re struggling to figure out how to reach out to your future roommate, here are a few things you should know. 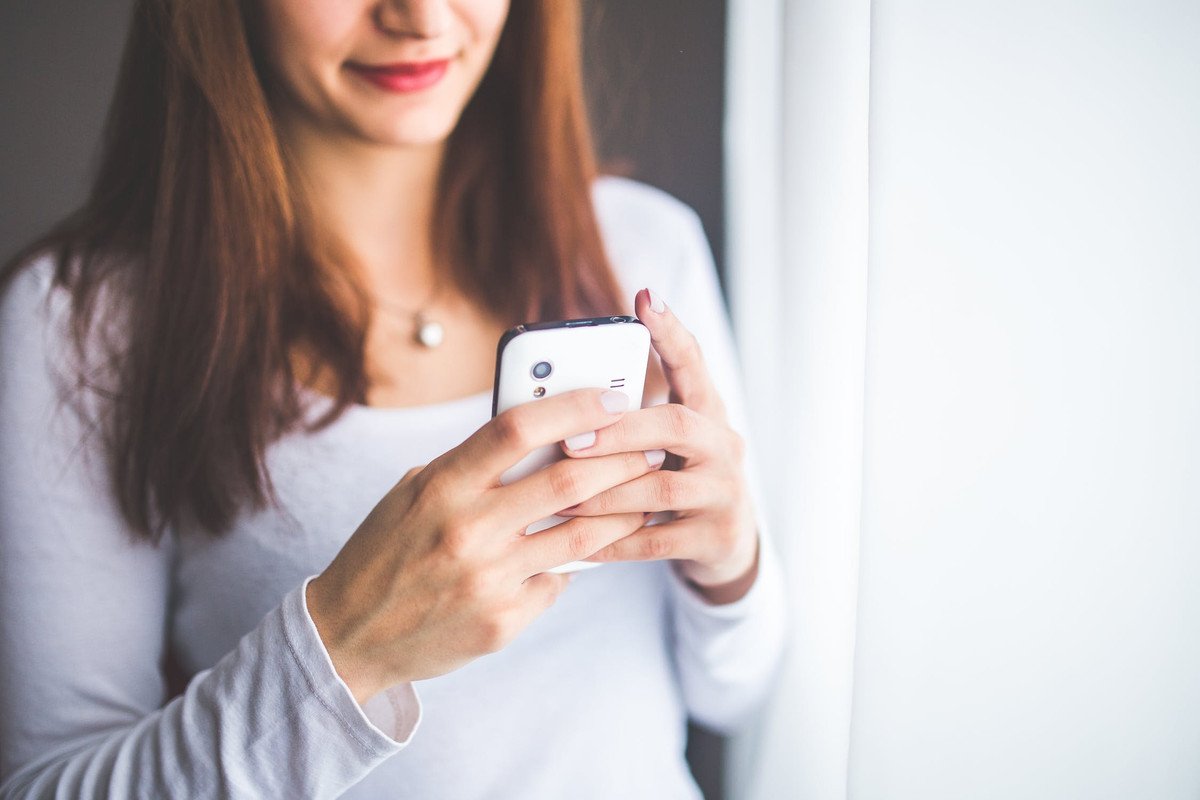 If you know that this person is going to be your roommate, you already have their name and most likely at least one form of communication with them. For example, if you have their phone number and/or email address, great! Getting in touch with them shouldn’t be too hard, as they’re likely to see your message and respond fairly quickly. Email particularly is a good form of contact for first-time interactions, since it’s a bit more formal than other modes of communication and gives you both room to express yourselves politely and professionally.

If you somehow don’t happen to have either their email or phone number, you can try searching for them on social media such as Facebook or Instagram (whether you end up stalking them or not is entirely up to you). This is a good route to take if you don’t mind establishing a casual relationship with them right from the get-go. What’s more, social media can help you and your future roommate put a name to each other’s faces by viewing one another’s profile pictures.

Now that you have a way to contact them, think about what you want to say. It doesn’t need to be anything elaborate or long-winded -- rather, something short and sweet is good enough.

A simple “Hi, my name is ____ and I’m looking forward to being your roommate” will suffice. Whether or not you want that simple introduction to evolve into a much longer conversation is up to you and the other person. If you continue to talk and have a great conversation, that’s awesome and definitely an encouraging start to your relationship as roommates.

If you find yourself stuck after “Hi, nice to meet you,” that’s okay -- all you need are a few getting-to-know-them questions that can get the ball rolling. There’s no need (yet) to ask a lot of personal or deep questions, as those can be saved for later when you already know each other better. Plus, you don’t want to scare them off by asking too many invasive questions right away. Instead, stick to some basic ice-breaker questions such as, “What’s your major?”, “Where are you from?”, “What do you like to do in your spare time?”, etc. These will hopefully help the two of you get to know a little more about each other, at least on a basic level.

It’s also a good idea to ask questions that will help you learn more about their lifestyle, as those details are important for how the two of you will get along while living together. You may want to ask questions such as, “What time do you usually go to sleep/wake up?” or “Do you like to have guests over?” The answers to these questions can help give you both at least a general idea of each other’s lifestyles.

And even if the conversation starts to fall flat after a while, that’s okay. Communicating electronically can be a bit inconvenient sometimes. The two of you will be able to get a better grasp of each other once you finally meet in person.

After you’ve gotten the basics out of the way, an important thing to take care of is the rooming situation. Whether or not it’s your first time rooming with someone else, it can sometimes be a little tricky to coordinate what each of you will be bringing, what with all the different things you’ll need. (You’d be surprised at how long the list of items can grow!)

With that being said, an important first step to take is to clarify when each of you will be arriving at your shared room. Whether you’ll be living in an on-campus dorm room or an off-campus apartment together, it’s good to know who will get there first, whether your parents or anyone else will be accompanying you to help move in, etc. Knowing these details will help to ensure a smooth move-in process for the both of you, so that on the day of neither of you will be scrambling around trying to figure out who’s getting there first.

You and your future roommate should also coordinate what furniture you’ll each be bringing. Doing so can prevent either of you from bringing extra, unnecessary furniture. So if one of you wants to bring a TV, for example, the other can bring a mini fridge and call it even.

It’s also a good idea to discuss with them any items that they absolutely can or cannot have in the room. Perhaps if they have allergies of some sort or for whatever reason have a strong aversion to X, talking about it can clarify these things right away before they become a real issue.

A major key to any successful roommate relationship is clear and effective communication. Establishing a standard for this type of communication right from the get-go is vital if you want to have a good relationship with your future roommate.

Many colleges have roommate conflict agreements that all roommates are required to go through and sign. Even if you find yourself rolling your eyes at this practice, don’t always take it so lightly. Looking through it thoroughly with your roommate at the beginning of the semester can perhaps shed some light on what kind of relationship you want to have with them and any expectations you may hold of each other. For example, if you tend to occasionally leave your clothes on the ground instead of in the hamper but your roommate keeps her side spotless, the two of you may want to acknowledge that difference right from the beginning so as to avoid any potential issues that may crop up later. Other important details -- such as preferences for inviting friends over at night or on the weekends, how late both of you stay up at night, whether you sleep through your alarms every morning, etc. -- should also be discussed early on.

If there are chores to be done, such as taking out the garbage, washing dishes, doing laundry, vacuuming, etc., figure out a schedule for that as well. Splitting up the tasks and creating a physical schedule, which you can put up in an easily accessible place such as taping it to the kitchen wall, will hopefully help the two of you divvy up the chores in a fair manner.

If you live in an off-campus apartment or house, some of these things may not be as applicable to you. Perhaps neither of you will be around as much, since you’ll most often be in class, in the library, or wherever, and won’t see each other quite that often. However, it is definitely still important to touch base with your roommate before moving in, or as early as possible. It’s always better to be over-prepared than under-prepared! 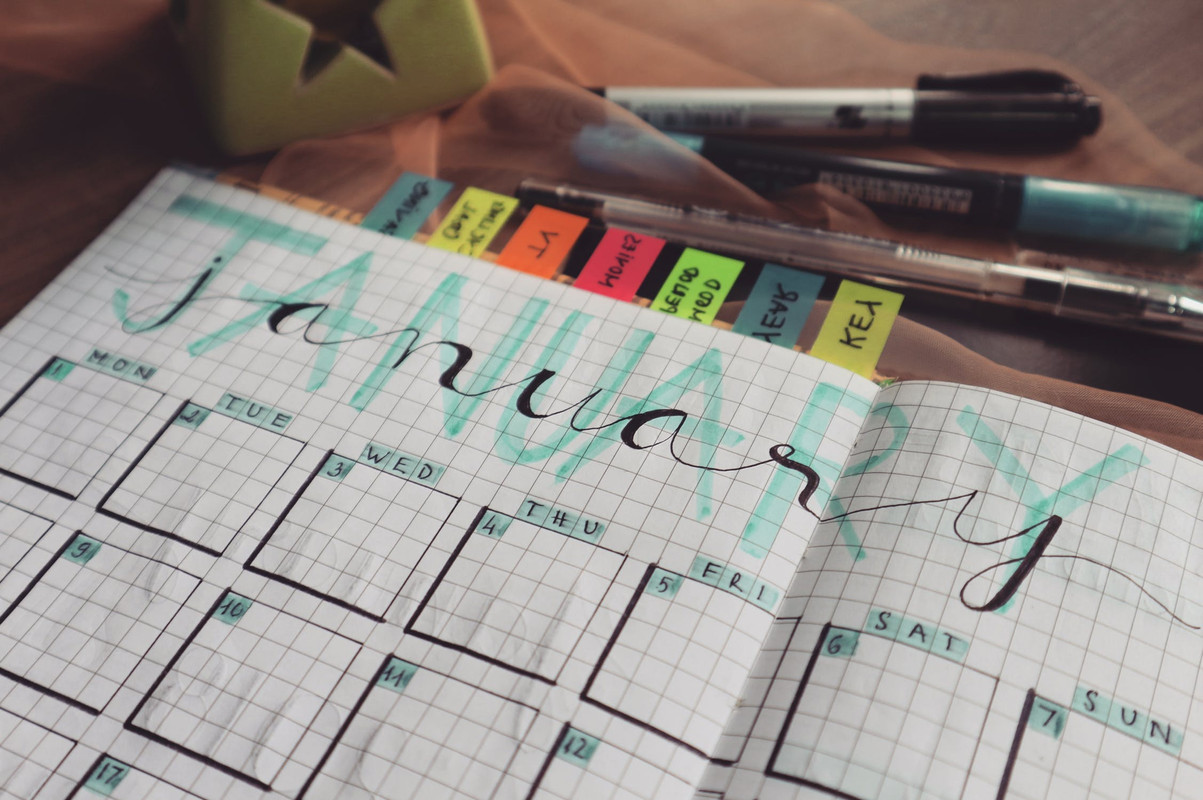 5. Send one another your schedules.

As you’ll both be busy bees flitting around campus, what with classes, clubs, extracurriculars, and whatever else, keeping track of one another’s schedules is bound to be pretty difficult. To combat the confusion, print out your schedules for the semester and put them up somewhere easily visible, perhaps your room doors or on the wall.

That way, you and your roommate can keep track of when one of you will most likely be in or out of the room at certain times of the day. Knowing when the other person has a big exam or an early morning class the next day will also be helpful, so that you know when to be extra quiet or to not bring any friends around at night.

After all the serious things you and your future roommate have discussed, talking about decorations is sure to be a welcome change. If the two of you are up to it and enjoy interior decorating on some level, this is a perfect opportunity for you both to bond as well.

Exchange ideas on what kinds of decorations you’d like to have or what kind of aesthetic you’re going for. Some classic dorm room decorations include string lights, posters, colorful throw pillows and bedspreads, and Polaroid photos, just to name a few. If you and your roommate happen to be artistic or creative in any way, feel free to share your ideas and come up with something that both of you can be happy with!

After all this chitchat, you may feel the need to meet up with your future roommate in person before actually moving in. (If you don’t feel the need to do this and just want to wait until move-in day, that’s perfectly fine too!) The feasibility of this plan depends on how far away you two live from one another.

If it’s a reasonable distance, perhaps less than a half hour away, it may be a good idea to meet up in a casual setting -- perhaps a Starbucks or bookstore -- and talk face-to-face. Doing so can help the two of you get a feel for each other and put a name to the face before moving in, so that on the big day, you won’t be as surprised or awkward around one another.

This is something to plan solely between you and your roommate. If both of you are down for it, go ahead!

8. Don’t force them to be your best friend.

Many people think that roommates are always supposed to be best friends -- a flawed idea that’s often portrayed in the media including movies, TV shows, and books. Of course, a good number of roommates turn out to be great friends and keep in touch with one another long after they’ve stopped living together.

However, that’s not always the case. That doesn’t mean necessarily that you’ll end up living with a horrible roommate and will want to tear your hair out from being with them. Instead, it may mean that the two of you are cordial with one another but don’t immediately hit it off as best buds. That’s perfectly fine. Even if you badly want your new roommate to be your automatic best friend, relationships don’t usually work out that way. Instead, friendships need to be built up gradually over time so that they are grounded in mutual trust, understanding, and shared experiences.

There will be times when a relationship with your roommate doesn’t flourish the way you imagined -- so instead of staying up late and telling each other your deepest darkest secrets until 3 a.m., your roommate says good night to you and falls asleep at 11:30. Whatever happens, you should prepare yourself to deal with either situation beforehand so that you are equipped to deal with almost anything that comes your way.