How to Solve and Avoid Conflict with Your Roommate

One of the best experiences while in college is living with a roommate. You always have someone at home to support you, talk to, and figure out how to live on your own with. You’ll come out having plenty of fun and crazy stories and cherished memories.

However, living with a roommate also means having some conflicts. Living with anyone is difficult and it’s inevitable that conflicts will arise eventually. Even if you are best friends, you should be prepared to solve and avoid conflicts with each other. There are plenty of ways to handle conflict so that it does not ruin your relationship with your roommate and keep the peace in your home.

Conflicts will eventually appear while living with a roommate. Nobody is perfect and there will be some things that really annoy you or that you take an issue with. However, when an issue arises, it is best to confront it and solve it in the beginning rather than ignoring it in hopes that it will go away. In most cases, you’ll just get more annoyed by it.

Take some steps to solve these conflicts with your roommate calmly and politely so that it doesn’t ruin your friendship or create tension in the house.

It’s also important to always welcome conversation with your roommate. Do not make them feel afraid to come to you with a problem that they have. Remember to not get defensive at first and listen to what they have to say before telling your side of things.

Being passive-aggressive doesn’t get anybody anywhere when it comes to roommate conflicts. In fact, it usually just makes people even angrier at the situation. So, before you decide to leave that sticky note on the bathroom mirror about closing the shower curtain after using it, think twice. Will that just make them want to leave it open for mold to grow just to get back at you?

If you have something you want to say to your roommate, say it in person. Confront them rather than leaving notes around the house.

Once you decide it’s time to confront your roommate and have a conversation about an issue, it’s important to stay calm. Be strategic about how you confront them. If you use aggressive and accusatory language such as, “You do this” and “You should not” then they will become defense and stop listening to what you have to say.

Instead, use phrases such as, “I feel” and “It makes me feel like” so that your roommate is aware of how what they do affects you. They are much more open about changing when it comes to conversations like this.

Be Ready to Compromise

You most likely will not get your way when it comes to solving an issue with a roommate. So, to avoid getting upset, always be prepared to compromise. Keep an open mind about how to solve the issue. It may not always be exactly how you want it to be solved, but if some progress is made where both of you can be a little happier, then that is a successful solution!

Listen to Your Roommate

While communication is key, so is listening. They go hand in hand. When your roommate confronts you or responds to your confrontation, listen attentively to them. They may provide important insight into how they are feeling that you were never aware of.

Do not let your roommate talk circles around the issue or try to manipulate you into thinking the issue isn’t important. Stand your ground and stay focused on the problem you are addressing.

There are some cases where confronting your roommate about something isn’t worth the time and energy or the tension that it may cause in the relationship. If you confront them about every little thing that bothers you, you will build a reputation as being someone who complains a lot and can be hard to live with.

Living with someone means accepting that they will do things that you don’t particularly like. However, if it isn’t harming you, them, or damaging the house, then it may be best to just ignore it altogether. 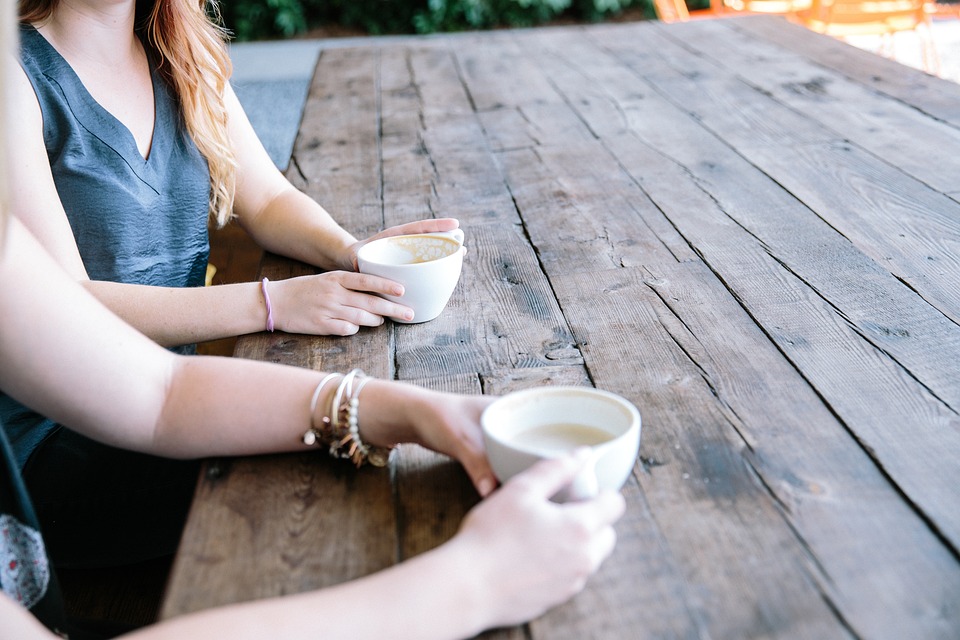 Now that you know how to solve conflicts that arise between you and your roommate, it’s time to learn how to avoid conflict altogether. If you do not have to solve a conflict in the first place, then there will be less tension in the house and much more peace. It may take a while to learn how to avoid having conflicts with your roommates at first, but over time once you get to know each other better, you will know the triggers to setting off a conflict and how they live their lives.

After living with your roommate for a while you will know what they get upset about. It may be leaving your towel on the floor in the bathroom or having friends over late at night during the week. You’ll mostly know what triggers conflict because your roommate will have confronted you about it in the past.

If your roommate has brought up an issue to you before, be respectful and do not do it again. It will only cause more trouble and your roommate will be angrier this time around because they already talked to you about the issue before.

Be a Good Roommate

Part of avoiding conflict with your roommate is being a good roommate yourself. Unfortunately, while living with a roommate you cannot do whatever you want. You have to respect the other person you live with. There are a number of ways to be a good roommate.

Be Neat and Clean – Nobody likes living in a messy house. Do your dishes, pick up after yourself, and don’t let food rot in the fridge.

Respect Space – Living with a roommate means always having someone around to talk to or hang out with. However, it’s important to give each other space when needed.

Don’t Borrow Things – While your roommate may be very open with sharing their belongings, don’t ever borrow something without asking them first. This is a recipe for conflict.

Be Kind – You should always be kind to your roommate and treat them with respect. Don’t yell at them or ruin their property because you’re angry. Everyone deserves respect.

After living together for a couple of weeks with your new roommate, you should sit down and write a roommate agreement together. A roommate agreement is a document that states the official rules of the house that are agreed upon by all of the roommates. These rules can include quiet hours, guest policies, cleaning expectations, and so on.

Talk about your expectations and ideal household arrangement. It’s important to be honest and communicate effectively while writing a roommate agreement. Listen to what your roommate has to say and be prepared to compromise on things. This shouldn’t be an intense negotiation, but a friendly conversation about the expectations of your living arrangement and atmosphere.

There is a difference between having written rules in your roommate agreement and setting up boundaries with each other. A boundary isn’t a hard written rule, but should still be respected as one. A boundary could be something as simple as knocking on your roommate’s bedroom door before opening it.

These boundaries will help to create the ideal environment in which both you and your roommate desire to live in. However, when creating boundaries, it’s important to be honest and communicate clearly about what you want and expect from your roommate so that there is no miscommunication or confusion.

We all have an idea of how we would like to live. We have set our living habits from a very early age. However, when you live with a roommate, you may have to break some habits while adopting new ones. Keep an open mind when moving in with a roommate. When you already have the expectation that you will have to compromise and change, it will save you the disappointment once you realize you will have to.

When you are willing to change and compromise from the very beginning, this will help you to avoid some conflicts.

You and your roommate are going to get to know each other better than anyone else you hang out with. When you live with someone, you see the good, the bad, and the morning ugly. You’ll learn how to communicate effectively, when to leave each other alone, and how to cheer each other up on a bad day.

To have a smooth-running household, it’s a good idea to create a system with your roommate. These little signs or signals will help you let your roommate know something without having to say it outright. Think about the cliché of the sock on the door. It will take a while to create and implement a system like this, especially because it is based off of your habits and personalities, but once it is in place, your household will be close to conflict free.

This is one of the most important aspects of being a good roommate. When you show respect to your roommate, they will show you respect as well.

Before moving in with someone, it’s important to have a serious and honest conversation to see if you will be a good match together. Talk about your interests, your sleeping habits, cooking habits, if you are messy or neat. These are all important factors to consider when thinking about living with someone.

You’ll want to see if your personalities and lifestyles mesh well together. There are some people who are great close friends, but their living styles are so different that they end up ruining their friendship because of it. So, be honest in what you want and expect in a roommate and don’t be afraid to have this conversation with multiple people until you find the right one.

To live with roommates peacefully takes a lot of work. You’ll have to compromise on a lot of situations, confront them, and learn how to communicate effectively. However, once you have solved some conflicts in the past, it will be much easier to avoid them in the future. The more you get to know your roommate, the better you will be able to communicate with them, solve conflicts, and avoid them altogether.